35-year-old Master batsman Sachin Tendulkar became achieved the world record for most runs in Test cricket Friday by breaking Brian Lara’s record on the first day of the second Test against Australia in Mohali. 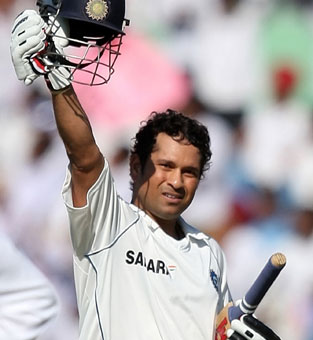 Lara had scored 11,953 runs before he retired from international cricket in 2007. Tendulkar scored three runs after tea to move on to 16, giving him a career record of 11,955 runs to surpass the previous mark of West Indian Brian Lara.