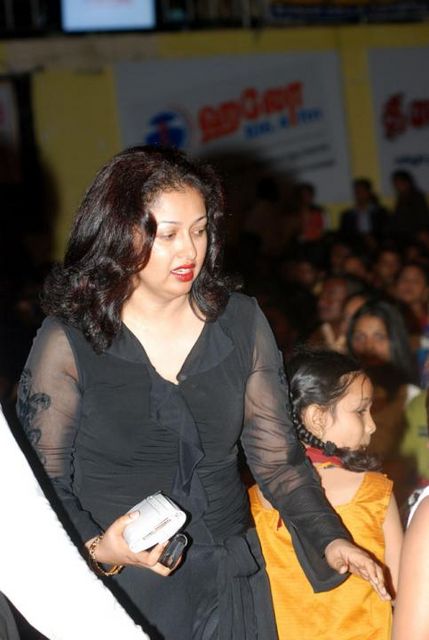 Yesteryear actress Gauthami is all set to make her debut on small screen with the mega-serial ‘Abirami’. Abirami Ramanathan, owner of Abirami Theatres and one of the leading distributors in Tamil film industry produce the series.

The serial was launched recently in grandeur much like a film event at Abirami Megamall with who’s who of Tamil film industry gracing over the occasion. Actor Kamal Haasan switched on the camera, while Tamil Film Producers Council Ramanarayanan gave the first clap.

Speaking on the occasion, Abirami Ramanathan said, “We are looking forward to produce more TV content in future and this is the first step towards it.”

Kutty Padmini will be the creative head and her daughter has penned script for this series, which will be aired shortly on Kalainyar Television.