1. Aayirathil Oruvan: The film is produced by Dream Valley Entertainment and is directed by Selvaraghavan. Karthi, Reema Sen and Andrea have donned unusual roles with Parthiban performing a King’s role. The film’s production cost is said to be Rs. 35Crores and Sun TV has acquired the satellite rights for a big price. 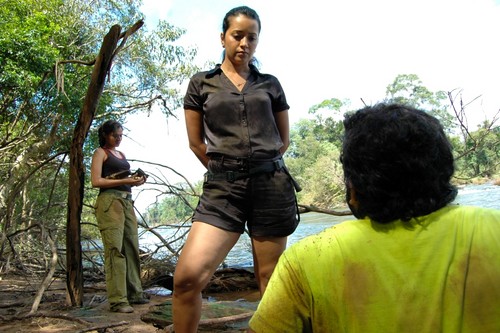 2. Kutty: Duo combo Dhanush-Jawahar Mithran had delivered a fantabulous entertainer ‘Yaaradi Nee Mohini’ and now they’re back with yet another remake ‘Kutty’ (remake of Telugu movie ‘Aarya’). The film is produced by Gemini Film Circuit.

3. Angaadi Theru: Followed by the grand success of ‘Veyil’, director Vasantha Balan is back in showbiz with ‘Angaadi Theru’. The film is a realistic take on salespersons and their lifestyle, which remains unknown to many of us. Ayngaran International has produced the film.

4. Naanayam: It seems that debutant Sakthi Rajan impressed producer-actor SPB Charan with one-line story. The film is based on a bank robbery and features Sibiraj-Prasanna in lead role. James Vasanthan has scored music for the film.

5. Jaggubhai: With Sarath Kumar’s Malayalam film ‘Pazhassi Raja’ making it big in box office, the actor is confident that ‘Jaggubhai’ will be a milestone in his career. It is produced by Radaan and Zee Motion Pictures and is said to be loosely based on Hollywood movie ‘Taken’.

6. Irumbu Kottai Murattu Singam: After two years of production, filmmaker Chimbu Devan has completed shooting for IKMS. The film is a hilarious take on cowboy story laced with action and romance. Choreographer Raghava Lawrence dons the lead role with Lakshmi Rai, Sandhya and Padmapriya starring opposite him in female lead roles.