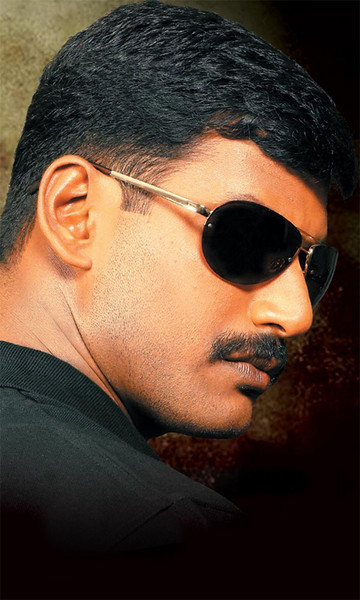 Recent times many actors have tonsured their head to cater to the needs of the characters they portray in the films.

Latest to follow is tall, dark Vishal clean shave for Sathyam movie, for this Vishal has shaved of his head for the climax scene of the film which is said to be a strong point of the film.