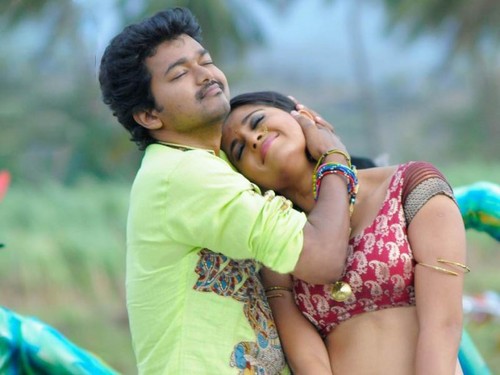 Finally, the news is out straight from the shoulders of ‘Vettaikaran’ producers. It has been confirmed that the film will hit screens on Dec 18. The film is produced by AVM Productions and is directed by debutant Babu Sivan.

This is 49th movie of Vijay and Anushka pairing opposite him.

Ever since, the project was undertaken by Sun Pictures, it had furthermore raised everyone’s expectations as this production house acquires rights over the film that has good quality entertainment. Recently, there were buzzes that members of Sun Pictures had insisted Babu Sivan to reshoot certain sequences in the film since perfection was missing.

Though the producers haven’t revealed anything about the re-shoot, they’ve advertised about the film’s release date this morning. Since, most of the educational institutions will have Christmas holidays, the producers seems to have predicted that the film will have a great opening.

Vettaikaran features Vijay as an auto driver while Anushka does the role of a medical college student. Censor Board officials have passed ‘U/A’ certificate to this film for extreme violence in the stunt sequences.