Tamil Nadu Chief Minister’s Grand son Udayanidhi Stalin’s Red Giant Movies is planning for second film. This new film will pair Suriya and Nayantara together for the very first time, which will be be directed by K. S. Ravikumar. 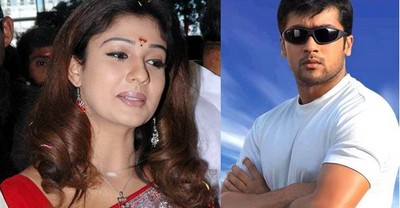 K. S. Ravikumar is currently working on ‘Jaggubhai‘ featuring Sarath Kumar and Shriya Saran, while Suriya is on with Ayan and Nayantara with starrer Villu, Aegan starring with Ajith. Once all these undergoing projects are completed, Udayanidhi project will commence.

Nayanthara had done a brief appearance in Surya’s Ghajani in which Asin was the heroine.

Next post: Rajini’s Robot Shooting from August 10 – Starts in USA