As we reported earlier, the most happening director Gautham Vasudeva Menon and most handsome hero Ajith are all set to team up for a film titled Surangani. Film will be produced by in a film to be produced by Sivaji Productions. 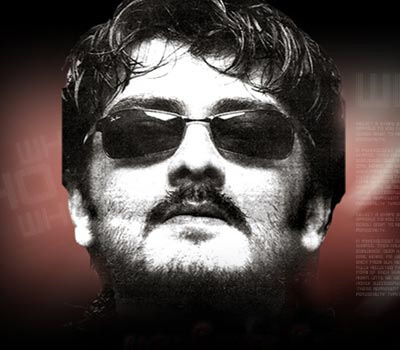 Surangani is going to be Ajit’s next film after Aegan. Surangani has been registered by another production so Sivaji Productions is busy now to get the title form them.

According to reports Gautham Vasudeva Menon and Ajith team work movie will have Harris Jayaraj music, and camera by Nirav Shah. Shooting is expected to start in November 2008.

Next post: Trisha, Shriya, Hema Malini and Shobana in Marmayogi