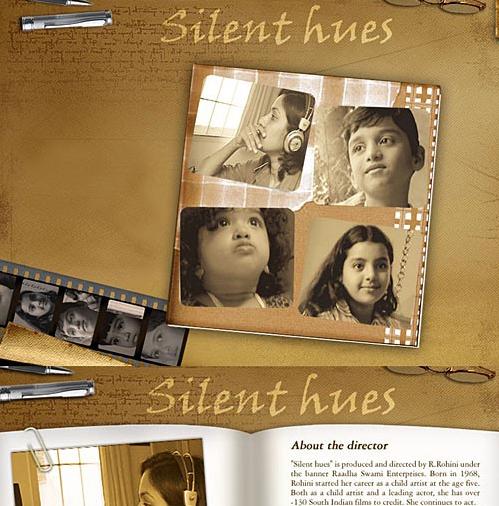 Rohini, the sensitive actress has made a documentary film titled “Silent Hues” focusing on the child artists working in Tamil and Hindi films, TV serials, and commercials.

Silent Hues, documentary has some scenes shot in shooting sets including the one in ?Indiralogathil Na Azhagappan?. She captured the process of their make up, dressing, and training.

The interviews with the little stars and their parents reveal many shades of their lives and profession.