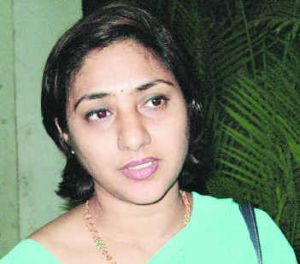 Actress Rohini has made a 52-minute documentary that takes a look at 6 child actors from India. Titled “Silent hues“, the documentary is an attempt to look at the known and unarticulated thoughts of children who act.

“Silent hues” will centre on the lives of six such child artistes, all known to the audience by their movies, commercials and serials ? Divya (11 years), Varsha (7 years), Vishnu (Three and a half years), Ehsaas Chana (8 years), Bharadwaj (6 years) and 18-month old Aishwarya.

“Silent Hues” also seeks to address the politics of child actors through a subtle and yet intense rendering of scenes that dissolve from one to the other.

The work has been produced and directed by Rohini for Raadha Swami Enterprises, shot by Alphonse Roy and edited by Ashvin. Sandeep Narayan has scored the music. The documentary is expected to be screened later this month.

Rohini started her acting career at 5, she has about 130 south Indian films to her credit.