Endhiran directed by Shankar, which stars Rajinikanth and Aishwarya Rai has completed a a song in Peru and USA.
Now, Shankar and team goes to Goa and surrounding areas in the first week of October to shoot for a song and some stunt sequences for Endhiran. 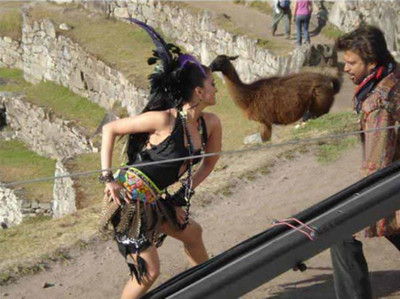 To prevent leakage of pictures like last time (Click to see 5 leaked pics ), mobile jammers will be used around the location.

Rajinikanth meeting with his office-bearers of his welfare association has been posponded to second week or third week of October once the crew returns from Goa.