Priyamani says “NO” to new heroes 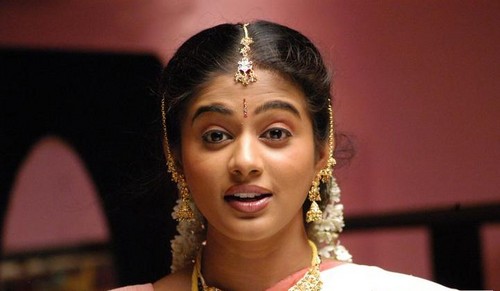 Paruthi Veeran fame Priyamani has decided to star only opposite popular heroes and said no to new heros. In ‘Malaikottai’ she paired up with Vishal, which too turned out to be a hit.

Looks like she denied to act opposite director Ameer ( Ameer is turning as actor in ‘Yogi’). Ameer is the director of Paruthiveeran, who made Priyamani as a star actress.

She was introduced by Bharathi Raja in Kangalal kaithu sei. She paired with Dhanush in Balu Mahendra’s “Adhu Oru Kana Kaalam“, which flopped at the box-office. She made her Tamil comeback with her film Paruthi Veeran starring debutant Karthik (Surya’s brother).