Nobody calls me for sexy roles – Trisha 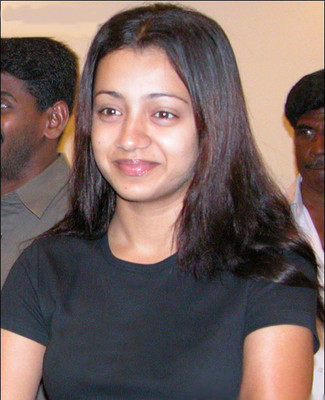 Priyamani, Nayantara, Asin, Shriya and Sandhya are not so reluctant to wear sexy dresses in movies and in public functions.

Now it is Trisha, who is eagerly expecting seductive roles in her forthcoming Tamil films. After seen Nayantara‘s stunning look in sexy costumes in Billa (Nayantara’s billa photo gallery here), Trisha has also expressed her wish to appear in such roles in Tamil.

“I am too interested in appearing glamour roles. In fact, nobody has called me so far to wear such costumes in Tamil films. But I have doubts about the suitable of bikini to my nature of body. I will consider glamour roles like the one Nayantara got in Billa in future.” Says Tirsha

Trisha has signed a film in Tamil titled Sarvam with Arya. She has completed projects excluding Kuruvi and looking for new offers in Tamil.