Director Mani Ratnam who started the shooting of his Ravan in some beautiful locations inside the forest has been stopped by Kerala Forest & Wildlife Department. 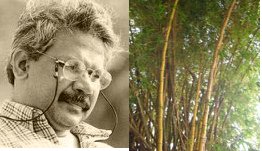 Maniratnam’s forthcoming bilingual movie which stars Vikram, Abhishek Bachchan, Aishwarya Rai, Priyamani has been named as Ashokavanam in Tamil and Ravan in Hindi and Telugu.

It is believed that Maniratnam team had constructed temporary huts inside the forest in Malayatoor, where film shooting has not been allowed so far since it is prime spot for eco-tourism, 2 hours from Kochi.

It seems that Maniratnam has got about 20 days of special permission to shoot inside the prohibited areas, with some political connections.

Forest Department officials has stopped the filming and unit has been asked to vacate from the forest land once they found the temporary huts on the 5th day, since it violates the agreement with the Kerala Forest Department. As per the rules film unit are not supposed to erect any structures in such areas, film unit explained that it was done to keep their equipment if it rains. But officials canceled the granted agreement since it violates their rules.

Veteran film Director Mani Ratnam was not present when the forest officials visited the site and canceled the agreement.