Mandira Bedi, Bollywood actress and popular cricket commentator visited Chennai recently to take part in a function. She said that she wanted to share the screen space with Surya ,

I am a great fan of actor Surya after watching Kaakha Kaakha and would love to do a film with him. 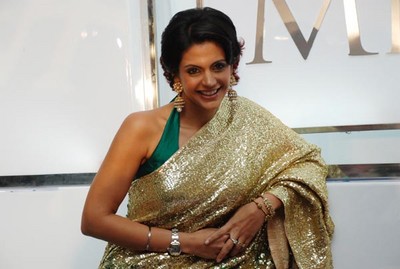 Mandira became known through television serial Shanti (1995). During 2003 and 2007, she became a television presenter for Cricket World Cups and shoot to fame.