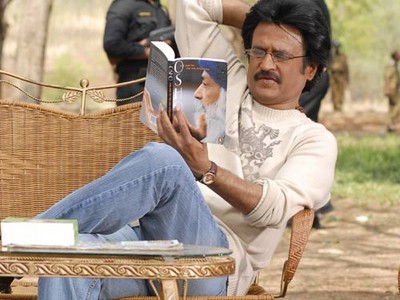 It’s official now, Rajini starrer audio of Kuselan is releasing on June 30. While addressing media persons in Chennai director P Vasu said , “the shooting is complete and dubbing is going on right now..shooting of both “Kuselan” and “Kathanayukudu” in Telugu in 82 days.”

Next post: Shriya says I got attention, respect because of Rajini