Audio of Kodaikanal movie produced by Shri Swarnalakshmi movies and directed by K Bose was launched by Kamal Hassan at the Vani Mahal auditorium.

Kamal Hassan released the first CD of Kodaikanal and Bharathi Raja received the same at this star glittering function. The function was marked with speeches by Bharathiraja, who reminisced the days when he worked with Kamal in 16 Vayathinilae. 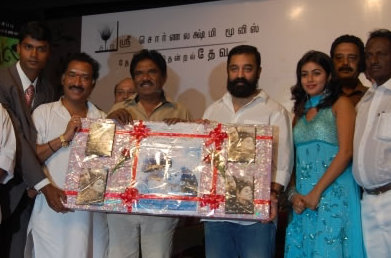