Kamal Hassan was at the FICCI Frames convention to speak on ‘Focus South’. He is is all set to play Naseeruddin Shah’s role in ‘A Wednesday’ which will be remade in Tamil and Telugu. 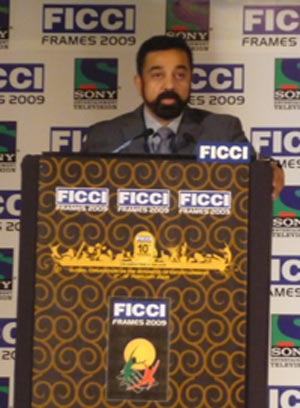 He said , “My friend said it would be nice if I could do the film so I said why not.”

Next post: Ritu Beri Indian’s most versatile and dynamic designer