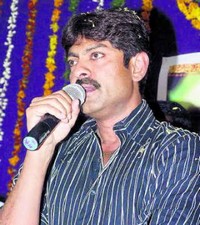 According to the P Vasu director of Rajiniklanth’s of forthcoming movie Kuselan the star cast of the Telugu version will be totally differed from its Tamil version except the super star. ?Kuselan?? is based on the Malayalam super hit movie Katha Parayumbol( Story here)

In Tamil of Superstar’s Kuchelan, Pasupathy is doing the role as Rajini’s friend and for Telugu director Vasu booked Jagapathi Babu for the same role.

Jagapathi Babu called on Rajini at his office and formally signed for this film.