The newest Khan in the Bollywood was seen enjoying himself at the Formula 1 Grand Prix at Singapore over the weekend along with Actress Sonam Kapoor. 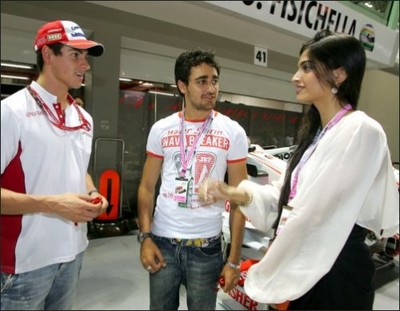