Hrithik Roshan is currently shooting for his forthcoming flick Kites in Las Vegas. His off screen chemistry with Brazilian co-actress Barbara Mori is turning his married life into trouble with wife Suzanne Khan. 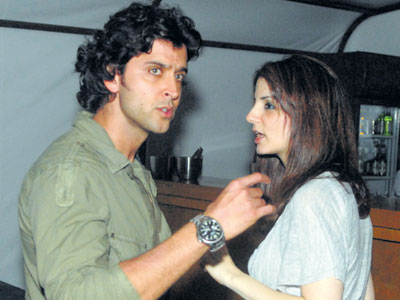 Hrithik’s daddy Rakesh Roshan, the producer and also now the director of the movie is said to be extremely upset with Hrithik’s off-screen bonding with his Brazilian co-actress Barbara Mori, who plays his romantic interest in Kites.

Papa Rakesh Roshan was extremely upset with Hrithik’s off screen bonding with his Brazilian c-actress and decided to bring his family together and got Suzanne and the kids to fly down to Las Vegas. 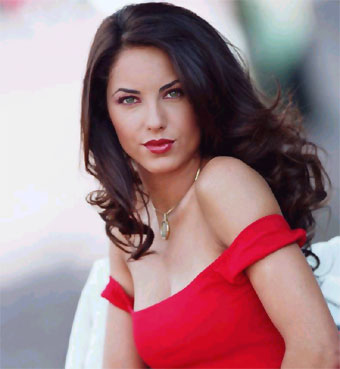 Apart from Barbara Mori and Hrithik Roshan, Kangana Ranaut is also part of the film.

Earlier, Hrithik Roshan was also rumored to be smitten by Kareena Kapoor.