Arundhati starring yoga teacher turned actress Anushka in dual roles, is releasing at last on January 9. Film been in the making for over 2 years now with a swirling budget of Rs. 13 crore is produced by Shyam Prasad Reddy. 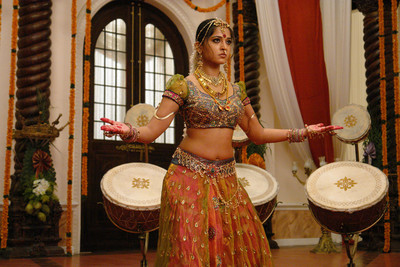 The film has been cleared by the censor with an A certificate. ‘It’s a semi-periodic movie which tells the tale of a betrayed princess who comes back to avenge for her sufferings.