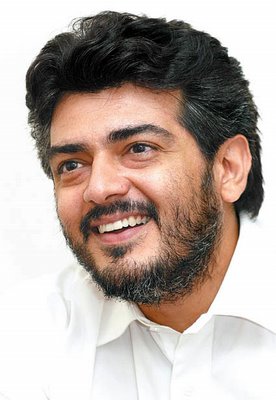 After the success of Chandramukhi , Sivaji Productions is planning for another movie in its banner.
Industry news is that Sivaji Productions has signed up Ajith to do a film . Gautham Menon will direct this movie after Ajith finishes movie directed by Raju Sundaram, in which he is currently busy.

The buzz is that Ajith will play as a police officer in the film. Nothing official.. wait for more updates.