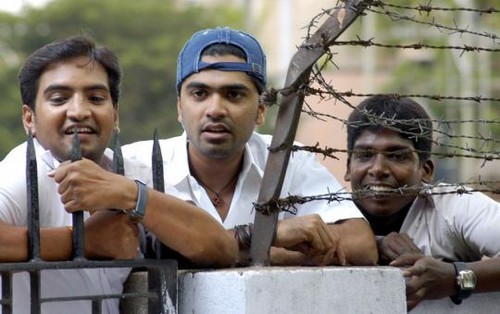 Lollu Sabha Santhanam, latest comedy sensation in Tamil films is making big waves. First time on the big screen was in Manmadhan, then in Vallavan, along came Rendu and combining well with the comedy king Vadivelu.

He certain to act with Tamil film biggies like Ajith in Kreedom and with Vijay in Azhagiya Tamil Magan – with a good performances respectively. Now, he has yet another biggie, with Vikram in Kanthaswamy.

Now, Santhanam is at the top slot along with comedy biggies Vadivelu and Vivek.