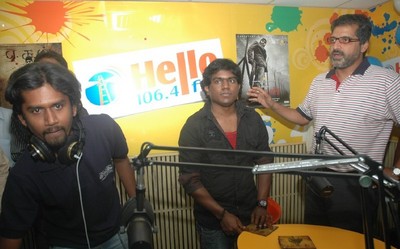 Ajith Kumar acts in the lead role in Aegan, whilst Nayantara, Navdeep, Suhasini Ratnam, Nassar and Jayaram also play roles in the film. Directed by Raju Sundaram, who with Aegan will direct his maiden film.

Yuvan Shankar Raja, the music director of the film released the first copy of the music CD in a very simple function and Rajiv Nambiyar, the COO of Hello FM. None of the cast and crew were present at the time .