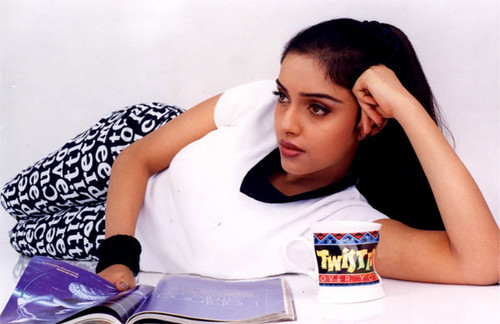 Asin, intelligent and smart heroine of Tamil Nadu shifted to Lokhandwala flat, Andheri west in Mumbai from her Harrington Road apartment, Chennai.
Currently she had Dasavatharam which will be released mid of 2008. Asin has not signed any movies in Tamil film this year, which means she might not have another release in 2008 apart from Dasavatharam.

Asin is now in the final stage of Hindi Ghajani with Aamir Khan, which is likely to release in mid of 2008. Currently asin has many offers from Bollywood including a movie opposite Shahid Kapoor and another to play as Amitabh Bachchan’s daughter – sources say that she has not signed any film yet.

Looks like Kochi girl Asin, made herself very much accessible to Bollywood.