Tamil actor Vijay was in Thiruvananthapuram to promote his newly released film ‘Vettaikaaran’, in which Anushka is the heroine. He celebrated Vettaikaaran 25 days run at 1440 seater New Theatre one of the biggest screens in India. 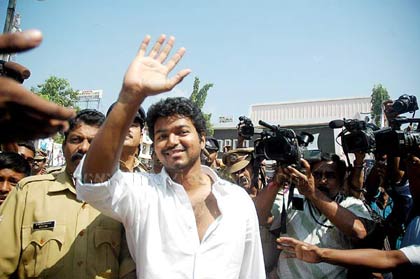 According to Hundreds of fans came over to attend the function. Police found difficult to control the people and fans.