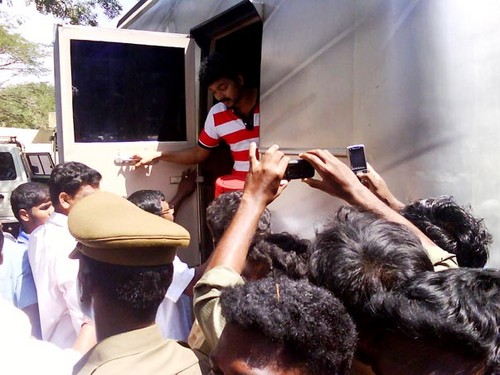 Much prior to Vijay’s ‘Vettaikaran’ hitting the screens, here is great news for the actor and his fans as well. Close sources have confirmed that Sun Pictures has shown keen interest in acquiring the rights of Vijay’s 50th film ‘Sura’.

‘Sura’ features Vijay and Thamannah in the lead roles and is directed by S.P. Rajkumar. The director S.P. Rajkumar is making his comeback in Kollywood taking a sabbatical after ‘Azhagar Malai’. First schedule of the film was recently completed and the entire crew is busily shooting for the following schedules in Pondicherry and Vizag.

According to the trade reports, ‘Vettaikaran’ has been sold out for a big price and it has gradually encouraged Sun Pictures to ink a deal with Vijay’s ‘Sura’ as well.