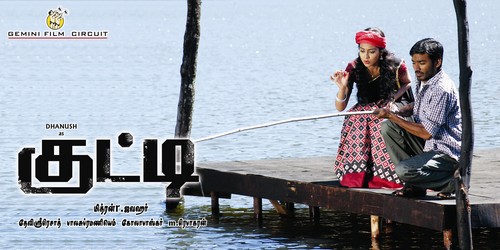 The Dhanush- Shriya Saran starrer ‘Kutty’ (remake of Telugu movie ‘Aarya’) is now to be released on Pongal. The film is produced by Gemini Film Circuit and is directed by Jawahar Mithran, who made his debut directorial with ‘Yaaradi Nee Mohini’.

It’s worth mentioning that Sun Picture had acquired rights over this film and suddenly stepped out of this project. Buzzes are that both Sun Pictures and Gemini Film Circuit had some problems pertaining to their previous production ‘Ninaithale Inikkum’.

Now with no options left in hand, producers of Gemini Film Circuit have decided to release the film for Pongal and plans are to launch the film’s audio on December 19.