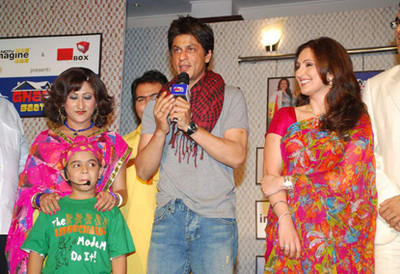 To find cheer leaders for IPL Kolkata knightriders A reality show ‘Knights and Angels‘ will go on air in March according to Red Chillies Idiot Box.