Rajni’s daughter did not repay 1.6 cr – High Court stays release of her film 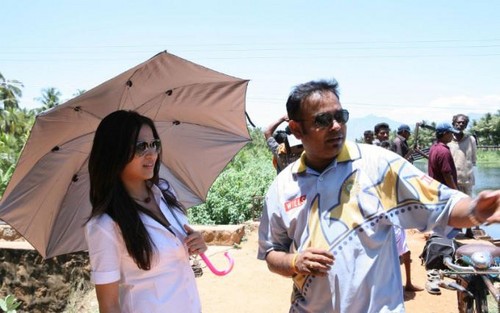 According to Times of India report, Soundarya Rajinikanth has borrowed money from building contractor Varun Maniyan, sum of Rs 1.60 crore, of which Rs 1.10 crore was given from office funds and the remaining Rs 50 lakh was drawn from his personal funds. The interest rate is said to be 24 percent.

Manian said Soundarya had promised to repay the amount in full at the time of release of Goa, and added that though the post-production for the film was going on, there was no word about repayment of the loan.

Varun Manian-led has got an interim-injunction from the HC against the Ocher studio from releasing the movie Goa, which marks Ocher studio’s debut into movie production.

Now the court has given a stay order stating that all the film (Goa) related activities should be stopped till December 11.

Next post: Genelia and Divya Dutta had a rocking time