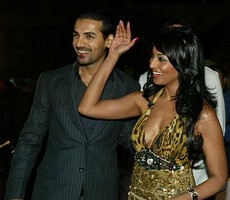 The British newspaper Eastern Eye recently released their list of the Sexiest Asian Women in the World and Bipasha Basu has topped the list for the second time. Bipasha bagged the title in 2005 as well. This is the third time that the ‘Eastern Eye’ published a list of 50 Sexiest Asian women.

Commenting on her selection, 28-year-old Bipasha, said: “I’m glad I got the crown back and will try and hold onto it this time. I think sexiness goes beyond just looks and is a total package, from your personality to the way you carry yourself in your every day life. I’m really grateful to whoever voted for me because I work very hard.”

The gorgeous Madhuri Dixit was second on the list, followed by Priyanka Chopra who was last years winner. Also on the list was Aishwarya Rai Bachchan who came in fourth, with Shilpa Shetty coming in sixth.

Also in the top ten were