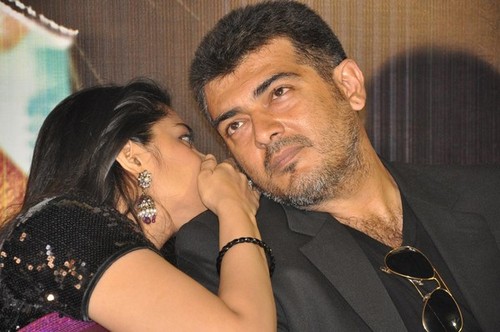 Ajith Kumar’s Asal audio was launched. Here are the photos of Ajith with his wife Shalini at the event.

In 1999 Ajith began to date his Amarkalam movie co-star Shalini. They got married in 2000 in a grand manner. On 3 January 2008, their daughter Anoushka was born in Chennai.