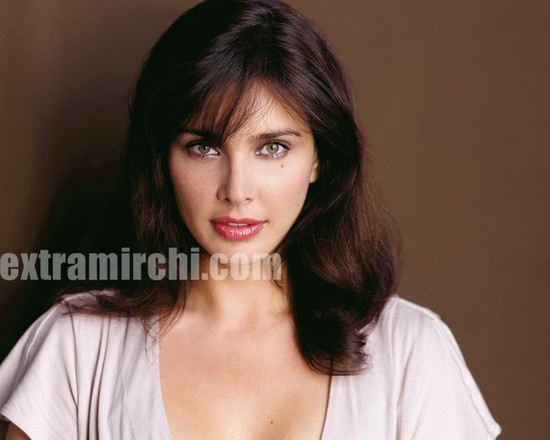 The model-turned-actress decided to undergo medical examination earlier this year after she felt ‘exhausted, pale and drained’ all the time. It was only after a thorough examination that Lisa was diagnosed with multiple myeloma on June 23rd 2009. 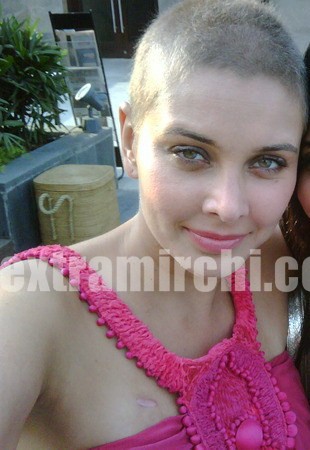 Multiple myeloma is a type of bone marrow cancer arising from plasma cells, which are normally found in the bone marrow. Plasma cells form part of your immune system, which is why Lisa was feeling so weak all the time. Although a large amount of research has been done to investigate the potential causes of myeloma, nothing has been proven to date.

Explaining her disease, Lisa Ray said, ‘Myeloma is incurable. It’s a relatively rare cancer of the bone marrow. Every year, approximately 2,100 more cases are diagnosed. I’m a junior member in many ways, having been diagnosed at 37, while the average age is 65.”

Desi Donors heard of Lisa’s illness and contacted her to ask for her support with their organisation. Lisa Ray agreed as she felt, “this was an issue very close to her heart.”
The stunning model-turned-actress, who starred in the film ‘Bollywood/Holllywood’, is staying hopeful that her cancer can be cured with new treatments available in the healthcare sector these days.

“So today with Velcade and, Revlimid and other promising new treatments in the pipeline, our survival rates are improving. But only with an ever-expanding toolbox of treatments and awareness can this cancer be beat. So I’m going to do everything I can to wrench the spotlight onto myeloma and cancer awareness. I believe it can be cured. That’s the dirty realist in me,” Lisa positively added.

Lisa Ray was born to a Bengali father and a Polish mother. She joined showbiz as a model and later ventured into films with Tamil movie ‘Nethaji’. After that she was seen in Vikram Bhatt’s ‘Kasoor’ in 2001, but opted to work mainly in English language films tackling challenging and non-traditional roles.

In 2002, internationally renowned filmmaker Deepa Mehta cast her opposite Rahul Khanna in the crossover film ‘Bollywood Hollywood’. The Canada-based director later repeated Lisa in her Oscar-nominated period drama ‘Water’ (2006), in which she impressed critics with her performance as a young widow.

Lisa has kept her feet firmly on the ground throughout her stardom and it is her humble nature that has given her the strength not to break down and let her illness beat her, but for her to beat her illness by being positive and remaining strong.

Desi Donors are privileged to have Lisa Ray’s support and hope that people who have seen her in films or modelling in the past will see that anyone can go through such an illness. Desi Donors hope to support Lisa through this stressful time.

“Having Lisa Ray as one of the official ambassadors of Desi Donors is an absolute privilege. She has her own illness to deal with yet is lending her time and support to helping our cause as she wants to help others and let them know what she is going through. We really do hope Lisa gets better and we’ll continue to support her during this sensitive time,” Desi Donors said.

Lisa has currently returned back to Canada after a prolonged visit to India and is successfully over coming her cancer. Yet her battle continues to try and make other people, particularly Asians aware of the type of Bone Marrow cancer and the severity of it.