Hollywood diva Lindsay Lohan’s Mean Girls documentary focusing on child trafficking in India will be broadcast on BBC Three under ‘Current Affairs’ program, according to reports. Made by BBC Three, its working title is ‘Lindsay Lohan in India’. 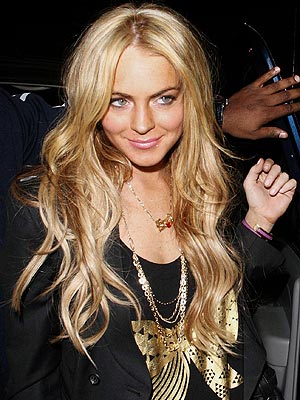 “Lindsay Lohan travels across India to meet the people involved in child trafficking, in a bid to understand and reveal both sides of this shocking trade,” a BBC release says.

“Lohan, as part of this documentary meets young boys in Delhi who work 16-hour days under the constant threat of beatings, for a fraction of an adult wage; and a reformed trafficker who would make a quick buck luring young girls away from naïve parents with offers of gainful employment. Lohan also visits Sundarbans in rural West Bengal, where poverty is made worse by annual floods, to find out why a parent would send their young child away to work; a shelter in Kolkata where young girls promised domestic work for India’s burgeoning middle classes were trafficked into brothels and forced into prostitution,” the release adds.