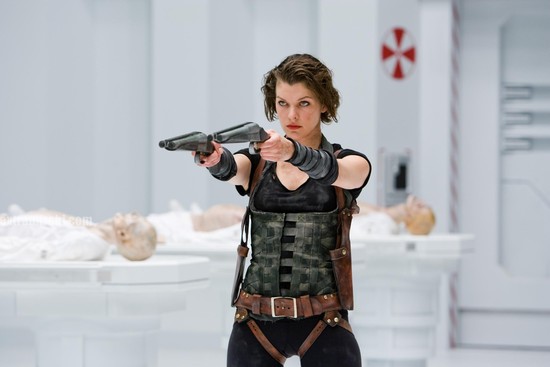 The fourth instalment of the popular Resident Evil franchise, Sony Pictures’ RESIDENT EVIL: AFTERLIFE, releasing 10th September 2010, will be the first movie after Avatar to use James Cameron & Vincent Pace’s patented Fusion Camera System, the world’s most advanced 3D technology. The film is releasing in India in English, Hindi, Tamil and Telugu simultaneously with the US release.

In RESIDENT EVIL: AFTERLIFE, the world is ravaged by an infectious virus and victims are turned into the Undead, Alice (Milla Jovovich) continues her journey to find survivors and lead them to safety. Although a deadly battle with the Umbrella Corporation escalates, Alice gets some unexpected help from an old friend, Ali (Claire Redfield). A new lead that promises a safe haven from the Undead takes Alice and her comrades to Los Angeles, but when they arrive the city is overrun by thousands of Undead – and a deadly trap awaits.
Written and directed by Paul W.S. Anderson, the film stars Milla Jovovich (Resident Evil, Ultraviolet), Ali Larter (Heroes, Marigold) and Wentworth Miller (Prison Break).