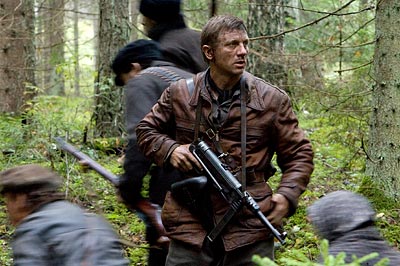 Defiance stars Daniel Craig, Liev Schreiber, Jamie Bell, and George MacKay as four Jewish brothers from Poland who escape from the Nazis and fight back to rescue fellow Jews.

The film had a limited release in the United States on December 31. The film is scheduled for full release on January 16, 2009.