Britney Spears has an all new wax figure in the London’s Madame Tussauds museum. The likeness shows her accepting an MTV award.

Which of These Britneys is Real Can you Guess …?? 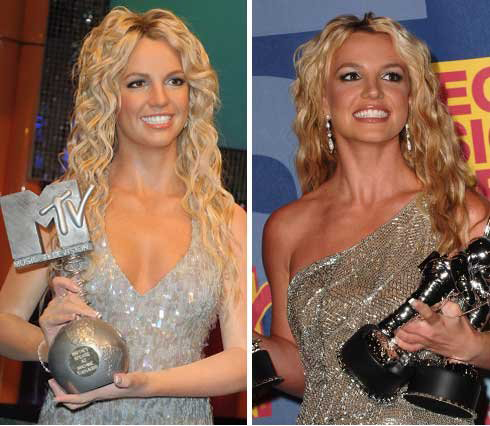 This is Britney Spears  second wax figure at Madame Tussauds London; her first wax figure was featured in the attraction from October 2003 .