Avatar is competing against Titanic

James Cameron’s epic action adventure Avatar, has hit the No.2 spot worldwide by becoming the highest grossing movie (globally) of all time after just 21 days of its release. 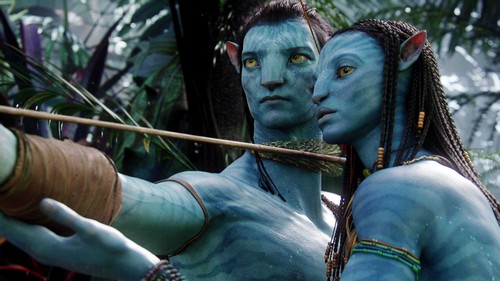 The 3D blockbuster has surpassed the worldwide box office totals of Lord of the Rings: Return of the King and Pirates of the Caribbean: Dead Man’s Chest. Avatar’s worldwide gross now stands at more than a whooping $1.12 billion.

What’s more, Cameron is now competing against himself for the number one spot as his 1997 blockbuster film Titanic pulled in $1.84 billion on its theatrical release. Avatar has done exceptional business in India too with a collection of Rs. 75 crores in just 3 weeks, already making it the second biggest Hollywood film ever in India.

Avatar is making waves at the Indian box office by not only giving strong competition to its Bollywood contemporaries, but is also affecting business of local superstar films in South India. The film is breaking records in Andhra Pradesh, Tamil Nadu, Karnataka and Kerala. The collections of Avatar in most centres of South India have surpassed those of any Bollywood film ever!

Avatar has not only been performing well in cities but is also running houseful in the smaller towns like Lucknow, Jalandar, Patana, Gwalior, Saharanpur, etc.

The film that released globally on the December 18 2009 wowed critics and audiences worldwide and is touted to be the decade’s biggest blockbuster.