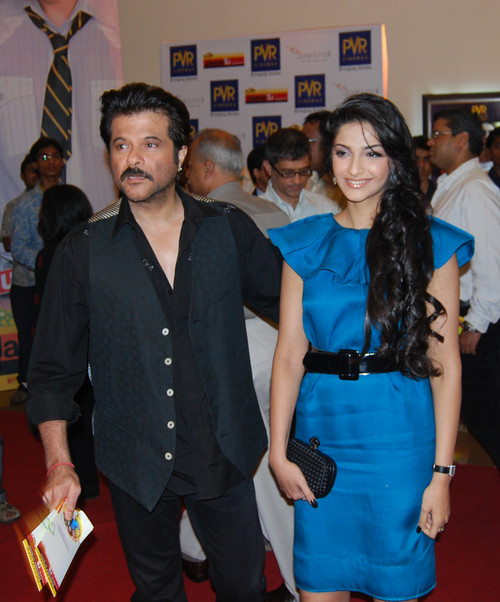 As he turned 50 on Thursday, Anil Kapoor has much reason to be happy and proud, the most immediate being the fact that his American television series 24 premieres in New York on January 14.

And his presence in the globally popular series has been extended from 10 to 16 episodes.

Confirming this boost in the contract, Anil says, “Initially I was under contract for just ten episodes. Then seeing the way my role developed, they decided to have me in sixteen episodes. I must say I was as happy with the whole experience as I was with Slumdog Millionaire.”

Anil laughingly recalls how a lot of people advised him against doing American television. “But I was also advised not to do Slumdog Millionaire. Some Bollywood actors had turned down that part before me. I took it up because my wife and kids were in favour. Can you imagine how I’d feel right now if I had turned it down? If I see 2009 as the best year of my life it’s partly because of Slumdog… Then of course there was Aisha, my two daughters’ gift to me. Yes, that’s how I see it. It isn’t my gift to them. But their gift to me. While Sonam plays the lead, Rhea is producing Aisha. I’m proud of both of them.”

Anil plays a Middle Eastern character in 24. “I’m now waiting to see how audiences react to it. I’ve always believed in doing all kinds of work. Just like my friend A.R. Rahman, who scores music for Shankar and Mani Ratnam alike, I’ve also done Eeshwar and Rakhwala side by side. I think variety is a very strong incentive for growth.”

Another project with Danny Boyle after Slumdog Millionaire is not ruled out. “Yes, Danny has gone on record to say we’re working together and we will. As soon as we both have time. At the moment, I’m not signing anything new until I’m sure of what to do next.”

Anil Kapoor faced a rather strange dilemma on Wednesday night. He needed to be at two very important places at the same time.

“It was my Dad’s birthday on Wednesday night. It was also the premiere of Vidhu Vinod Chopra’s film. Vinod and I go back a long way. I did Parinda with him. Remember? But my Dad and I go back an even longer way. Besides, at his age he depends on his family to make his day special. But I didn’t want Vinod to feel bad.”

Anil did what he always does when he’s in a dilemma. “I asked my wife Sunita. She gave me the solution, so I could fulfil both the commitments. As for my own birthday, I’ve a habit of quickly turning around and wishing a Happy Birthday to all those who wish me. It’s my way of sharing that day with all those who care for me.”

Anil dropped in at the premiere; said hi to all his friends and proceeded to his Dad’s for the birthday.

Things couldn’t get any better for Anil Kapoor who turned 50 on December 24. He agrees it has been a phenomenal year for him. “And now 2010 start for me with the premiere of my television series 24 on January 14.”

Anil is naturally excited about the event. “I’m flying down to New York on January 12 for the premiere. In fact, all through the shooting of the series I’ve been flying in and out of India and the USA. At one point I thought I wouldn’t be able to do Anees Bazmi’s No Problem because I was committed to do 24. I even spoke to Mr. Bachchan about my role. Finally, I did manage both, thanks to Anees’ co-operation. But I must say, doing 24 and No Problem side by side was quite a cultural and continental shuffle.”

Anil feels a strong support system at home and at work is the key to his durability as an actor. “I hope my children have imbibed the values that I grew up with. I’m very proud of my three children. They are all doing well for themselves. My son Harshvardhan is enjoying his student days in the US, just like I did at his age, though not abriad like him.”