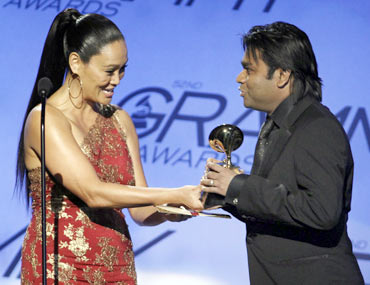 After Golden Globe and two Oscars, A R Rahman has won 2 Grammy awards in both the categories he got nominated.

“This is insane, God is great again,” an ecstatic Rahman said while collecting the golden gramophones at the Grammy night show.

Meanwhile, Pop diva Beyonce earned 6 Grammy awards in a single night, more than any woman in the history of the 52-year-old awards show.