A R Rahman, Sukhwinder Singh to Perform Live at the Oscars

Music maestro A.R Rahman is going to perform live at the Oscar ceremony. 81st Annual Academy Awards ceremony will be held on February 22. 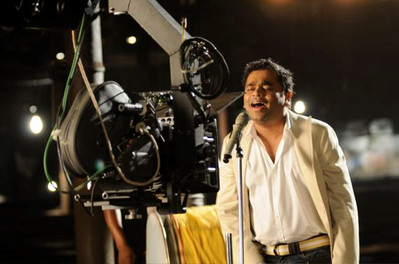 A R Rahman and Bollywood singer Sukhwinder Singh has been invited to perform the Oscar nominated song Jai ho from the film Slumdog Millionaire at the “Oscar evening” on February 21st, in Los Angeles.

Lyricist Gulzar who has penned the Jai ho is also expected to make an appearance at the event.
[image Rahman making of Jiya Se Jiya via arrahman.com]