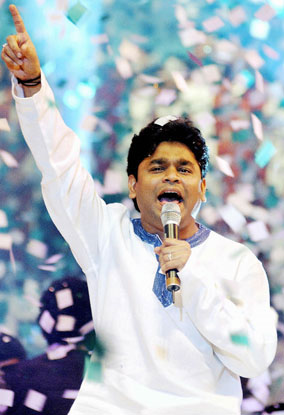 Nominated for the first time at the Grammy’s, ‘Mozart of Madras’ Rahman won two Oscars for Best Original Score and Best Song, a BAFTA for Best Music Director.

The 52th edition of the Annual Grammy Awards will be held at the Staples Center in Los Angeles Jan 31 2010.

Next post: Sir Ben Kingsley India is in my bones says