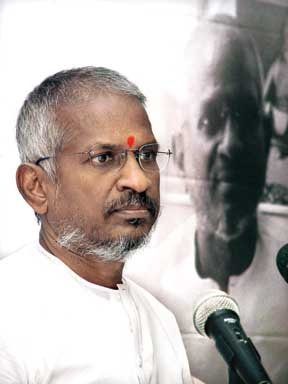 Music maestro Ilaiyaraaja is preparing for a concert in Mumbai, Delhi and Chennai along with the Hungary Symphony Orchestra. His Mumbai concert will be on January 26th. At present he is recording for Pankaj Kapur’s Mausam in Budapest along with producer Sheetal Talwar and his wife, Bhavna Talwar.

The three concerts have been planned by the filmmaking couple. He will play Tiruvacakam, the ancient sacred hymns at he concerts where he will be accompanied by Hungary Symphony Orchestra and its conductor Laszlo Kovacs.

Ilaiyaraaja confirmed the news about the concerts. He admits that he finds it easy to work in collaboration with symphonies but it just requires a little extra preparation as the music has to be written down in detail. He also feels that concerts are not a burden. To him, composing music anywhere– whether for a film or playing at a live concert is the same.

He also states he is not a great person but his music is great. He doesn’t compose the music; it flows out of him.