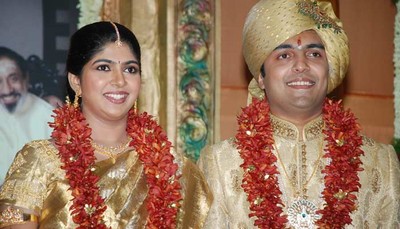 The marriage reception of Prabhu’s daughter, Aishwarya, was held on February 8th at Rani Meiyammai Hall in Egmore.

Check out the exclusive photos.