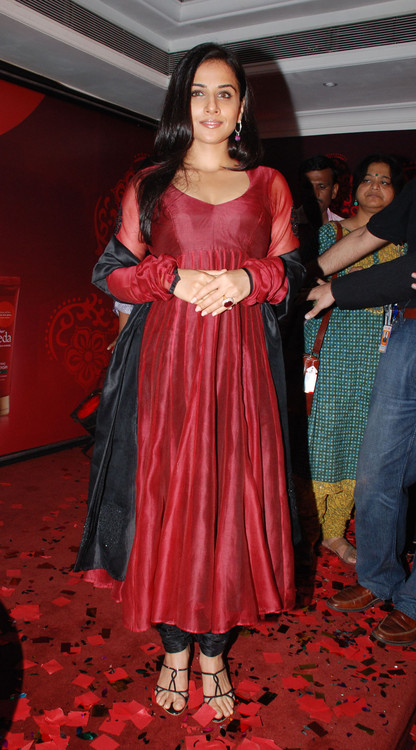 A playful scene involving mother and child turned out to be not so playful for Vidya Balan. A source close to Vidya informed, “Vidya had to shoot a scene with so-and-so who plays the child Amitabh Bachchan in Paa. The scene required Vidya to carry him on her shoulders.”

But there was a hitch.

The boy’s weight was as good as Vidya’s. “Vidya weighs 45 kilos and so did the plump boy. Vidya carried him on her shoulders nevertheless. The scene was being canned. And suddenly there was this loud thud. Vidya had lost balance and fallen on the ground along with the boy.”

Vidya got injured while doing the shot. “Balki told Vidya that he could postpone the shoot. But Vidya continued to shoot and the scene was canned successfully in the second take,” said our source.