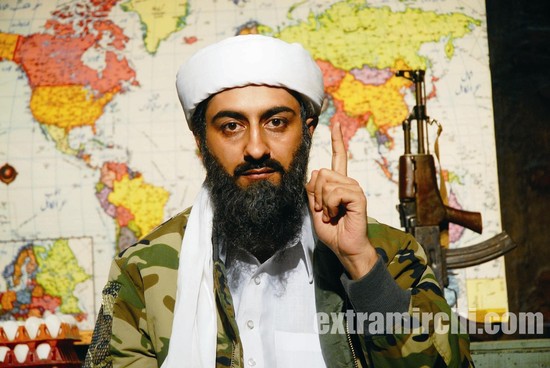 Controversies continue to hound Tere Bin Laden with the latest being the cause of mirth among its team members..

Recently Walkwater the production house of the film Tere Bin Laden received an anonymous letter threatening them with dire consequences if they decided to release the film.

Sources reveal that the letter that was addressed to the Walkwater office in the suburbs by a misinformed person stated that they shouldn’t release the film since it was in support of Osama and terrorism.

However the production house remains unfazed by the letter.

“The person who addressed the letter to us has got the theme of the film Tere Bin Laden all wrong. It doesn’t deal with terrorism least of all support it. It’s a light comedy” clarifies a production source.

It was recently also reported that director Abhishek Sharma received several missed calls from Pakistan after rumors were afloat that the director met with Osama’s son to research aspects of his life.

Walkwater and Abhishek Sharma’s Tere Bin Laden is a tongue-in-cheek comedy about an ambitious young news reporter from Pakistan played by Ali Zafar who is desperate to migrate to the US in pursuit of the American dream. His repeated attempts to immigrate are shot down as his visa is always rejected. But when things couldn’t look worse he comes across an Osama Bin Laden look alike