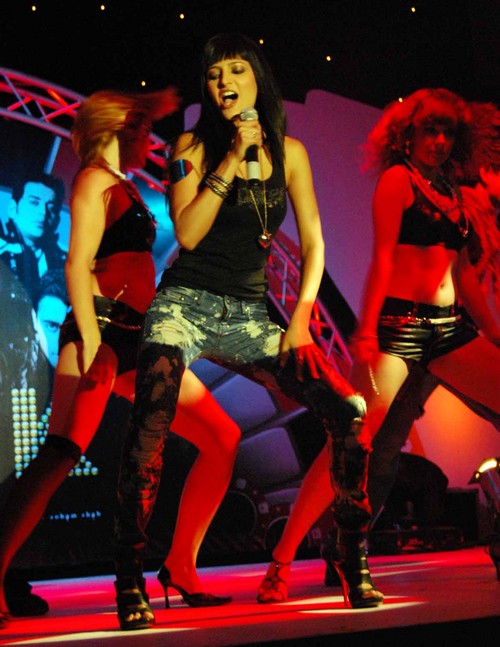 Shruti Haasan definitely has her hands full juggling between her music in Chennai, shooting for a film in Hyderabad and going through scripts from Mumbai! But the energetic lady loves the multitasking and does it with élan!

Currently, the leggy actress is having fun learning Telugu while shooting for her fantasy film in Hyderabad, directed by National Award winning director Prakash Rao, where she is cast opposite Siddharth.

In fact the actress is already fluent in Tamil and even knows a bit of German. And now having had an opportunity to do a Telugu movie, she’s picking up the local language quite fast!

Looks like Shruti loves blending into the local flavor!

Next post: Shilpa on her Wedding – Most exhausting & happiest week of my life