Good or bad Salman Khan is always in news. In a latest incident photographers chased the actor who was running ahead in an auto. 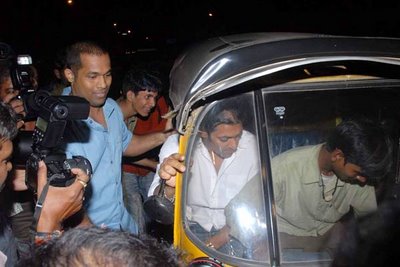 Salman Khan lost his temper when journalists was asked whether he had patched up with Shah Rukh Khan at the Amrita Arora and Shakeel Ladak’s wedding ceremony. Salman apparently caught a rickshaw and left the place in huff-puff.

Reports claim the actor was unruly and rude towards reporters, Salman was especially angry at a reporter who continued to poke him about his fight with Shahrukh Khan early last year.