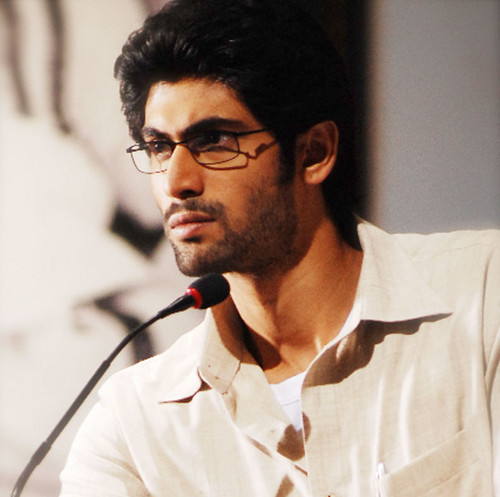 After being offered to Farhan Akhtar and Emran Hashmi the role has finally gone to the Telugu star-on-the-rise Rana Dagubatti who made his acting debut in Telugu with the hard-hitting political thriller Leader.

Rana isn’t just a johnny-come-lately in tinsel town. He comes from an extremely illustrious film family. Rana’s grandfather is illustrious Andhra-based actor-turned-producer D Rama Naidu (who has produced 110 films including superhits in Hindi like Premnagar and Tohfa). His father is another distinguished producer Suresh Babu.

And Rana’s uncle is the popular Telugu actor Venkatesh.

Rana was chosen to play Abhishek Bachchan’s co-star apparently for his correct looks and talent.

Says a source, “It’s a character of a Goan musician. That’s why they wanted Farhan Akhtar. When Rohan saw Rana’s picture he was stuck by how Goan the Telugu actor looked. The Sippys saw Rana’s film Leader and knew he was right. The role is as powerful as Abhishek’s.”

The formalities were completed last week. Rana would now be another South Indian actor trying his luck in Hindi films after the likes of Kamal Haasan, Rajnikant, Chiranjeevi and Rana’s uncle Venkatesh (who was launched opposite Karisma Kapoor in Anari by his father D Rama Naidu in 1993)

Interestingly, Rana Daggubati would be the second Telgu star to make his debut in Hindi in 2010. Ram Gopal Varma is launching Suriya in Rakta Charitra.