Rajini – No Intention To Step Into Politics

Here it comes, from Superstar itself, as I wrote last week that he is not considering to enter into politics. 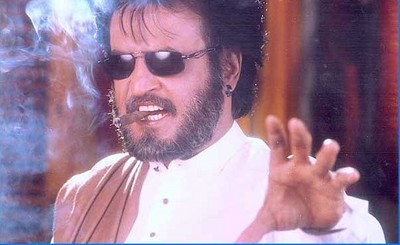 Last week Coimbatore Rajini fans created media buzz by launching new political party called DDMMK. Now, Superstar of Indian cinema Rajinikanth is back after a two week shoot of his Endhiran in Goa and issued a press statement that he is in no mood to join politics.

The actor on a press release that was made recently rebuffed his fans by saying that he doesn’t have any intention to step in to politics.

My immediate task is to complete Shankar’s Enthiran. The fans who are loyal and disciplined will always remain close to my heart.

No one can force me in to politics. And no one can force me out of politics if I decide to make my mark in it. Fans can join themselves with any political party of their choice. But, people who create party symbols and use my names and photos for the unannounced party of mine will not be tolerated.

Next post: Nagma Interview, About Her Faith And Mission on Christianity